Distinctive brand, innovative marketing has placed League One side on the map internationally 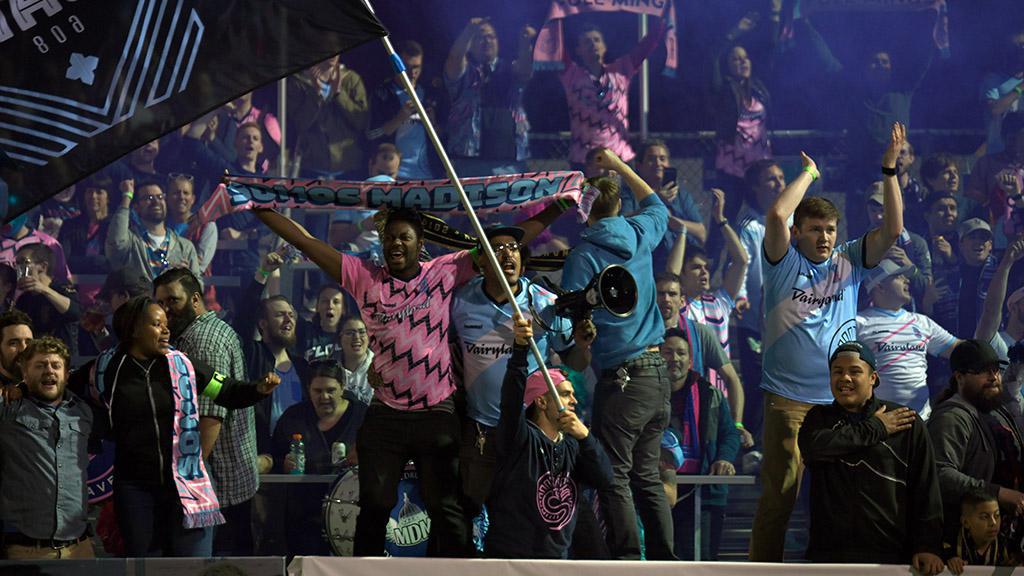 Forward Madison FC's has fed off a passionate fanbase that allowed the club to post the highest average attendance in USL League One in its inaugural season. | Photo courtesy Justin Nuoffer / Forward Madison FC

Conor Caloia has a confession to make.

Thankfully for all involved, his apprehension was misplaced.

The official unveiling of the Flamingos’ crest and colors on November 18, 2018 served the starting point for maybe the most unique story in North American soccer over the past 18 months. Make no mistake, Forward Madison FC is here to win, as evidenced by its presence in the League One Playoffs last season, but it’s also here to forge a new path in the way a club can operate in the new digital landscape.

Just sending out quick reminder that these were our jerseys last year. You know, just because we can. pic.twitter.com/MnEpfYBKte

From unique uniforms created in collaboration with Hummel to promotions and social media content that captured the imagination of not only local supporters but fans around the rest of the United States and the world, that approach has placed Madison firmly on the map.

So, how did this phenomenon arrive? For Caloia, whose experience was in baseball with the Madison Mallards before he and his partners at Big Top Sports & Entertainment became part of USL League One’s inaugural group of clubs, the answer is pretty simple.

“I think the best thing we’ve done in soccer is we’ve let amazingly talented employees go do their jobs and have some fun,” he said. “Whether it’s [Director of Fan Engagement & Digital Media] Kuba [Krzyzostaniak] or our tickets folks, or our merchandise folks, or [Digital Content Manager] Jason Klein, who works with Kuba on the digital content, we’ve got an amazingly talented group of people. As the owner of the club and the guy running it day-to-day, if I just stay out of the way, a lot of times that’s the best thing I can do.

“With that being said, we do create an environment in our office where it’s open, collaborative. We throw an idea out there and it starts with one person and five other people put their fingerprints on it, and that’s how we get to a great idea.”

The club’s free-wheeling style is maybe best expressed through its social media accounts, where nothing is taken too seriously. Serving as a useful tool to give the club a consistent voice, it has also fed into the club’s creative concepts, where the way an idea feels is central to the finished products that make their way into people’s feeds and the club’s promotional schedule.

“Before we roll out anything promotionally or marketing-wise, we ask ourselves, ‘is that on-brand?’” said Caloia. “I don’t know that myself or our marketing team or my partners can define what our brand is, there’s just this innate sense that it fits Madison, or it fits what we’re doing, or it doesn’t. That’s what guides every decision we make, and some of these maybe more out of the box ideas that we’ve had, that’s what’s guiding it.”

That ethos, which brought you deals like the Bro Pack (a ticket, FMFC tank top and sunglasses, can of Natty Light, and a bratwurst for $28), and openness to collaboration also extends beyond the office. Caloia is full of praise for the club’s supporters group, The Flock, which has played an integral part in helping Forward Madison ingrain itself into the community as well as providing vocal support every night at Breese Stevens Field.

“What The Flock have done in the first year is amazing, not just from an attendance standpoint, but also from a fundraising standpoint, a community-involvement, community-impact standpoint as well,” said Caloia. “It’s really been amazing, and we’re fortunate to have such a great supporters group, but I think both the club and the supporters group know that our work is just starting. We’ve laid a great foundation, but we’ve got a ton of work ahead of us.” 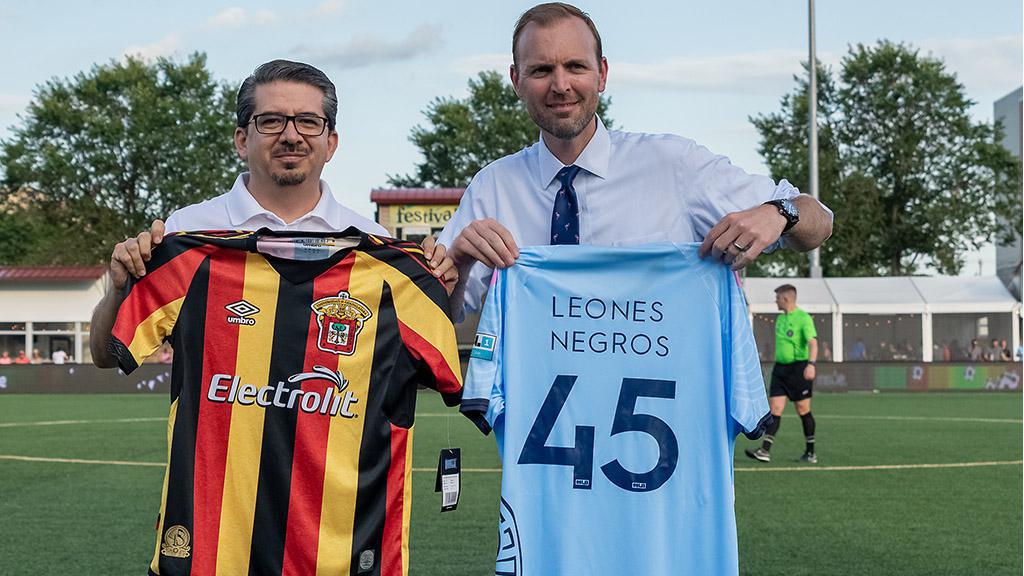 And while The Flock might lead the way, FMFC’s USL League One-leading attendance that saw the club welcome more than 60,000 fans during the regular season saw the club’s message of community involvement and ownership be embraced by the city at large.

As the club prepares for its second season, Forward Madison FC is eager to build on the identity that has made it instantly recognizable for fans across the country.

“We think there’s a course to be charted in lower-division American soccer, a path that hasn’t been explored yet, and we want to go down that path and be different from some of the stuff that’s gone before,” said Caloia. “Not that it’s wrong, or it’s bad, but we’re hell-bent on taking a different path and seeing where it leads us.”