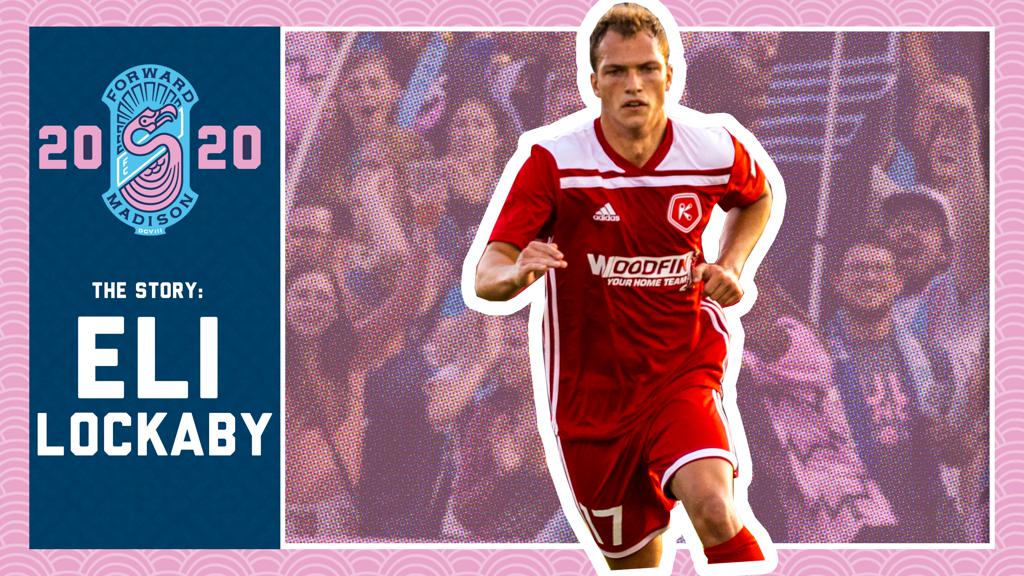 Forward Madison’s newest defender grew up in Florida, but in the Midwest, Lockaby will be as far away from home as he’s ever been. Still, the Sunshine State has laid its influence on Lockaby’s career each step of the way, and that won’t change in Wisconsin.

This is the story of how playing with - and against - his hometown team kickstarted Eli Lockaby’s soccer journey.

A Chance to Shine

Eli Lockaby was born in Orlando, and started playing soccer as soon as he realized he wasn’t tall enough for basketball. Lockaby, who now stands at 5’8”, quickly found that he preferred having a ball at his feet rather than on his hands.

“I’ve been playing since, like, three years old,” Lockaby said. “Basically since I started running I started playing soccer.”

Although he enjoyed the sport, Lockaby’s local playing options were limited until high school. The closest U.S. Soccer Development Academy team, Chargers Soccer Club, was located near Tampa Bay, over two hours away.

In 2013, though, that changed. Orlando City SC, which had been playing in what is now the USL Championship, announced that it would move up to Major League Soccer by 2015. In doing so, the fledgling club formed its own academy team, which gave Lockaby a chance to play at the next level.

Still only a junior in high school, Lockaby had his first real occasion to shine on a big stage. He made Orlando City’s U-18 team, and was named to the 2013 All-Central Florida First Team.

From there, Lockaby was able to join Virginia Commonwealth University, where he played from 2014-18, and along the way, became friends with current Forward Madison midfielder Brandon Eaton. Lockaby kept in touch with his hometown, though, playing for Orlando City’s U-23s in what is now USL League Two during summers.

While at VCU, Lockaby expanded his game, shifting from the wing into what is now his regular position at right back.

“I was always an attacking-minded player, and when I got to VCU they just said, ‘We like our fullbacks to attack and we want to try you there,’” Lockaby said. “I kind of just committed to that game plan and it paid off.” 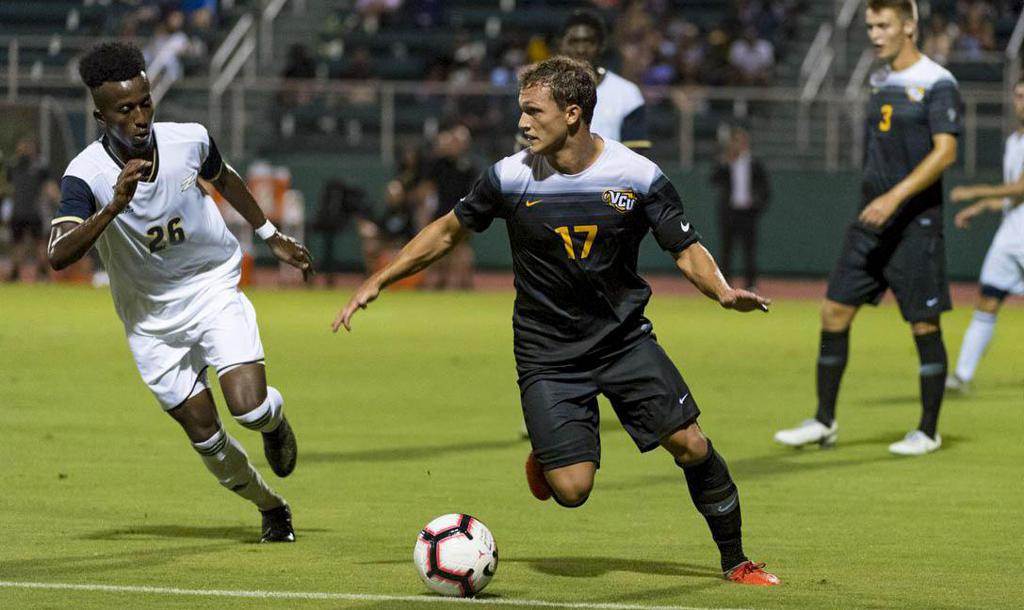 Throwing up the O

Lockaby ended up playing in 73 games across four years for the Rams, leading them to an Atlantic 10 Conference regular season title in 2018. Knowing he wanted to try his luck at the professional level, Lockaby began looking at his options.

“Since my freshman year at VCU, my goal was to go pro,” Lockaby said. “I had some talks with a few MLS teams and I was entered into the draft pool. There were like three or four teams that were talking to me about it and it just ended up not happening.”

Undeterred, Lockaby took the next step by staying put. VCU is located in Richmond, Va., which made a move to USL League One’s Richmond Kickers seem like an attractive option.

Lockaby broke into the first team almost immediately and would end up playing 25 games in all competitions for the Kickers in 2019. Lockaby also had the opportunity to team up with forward Dennis Chin, who he had watched win a USL championship with Orlando while in high school.

Still, the rookie defender’s most memorable experience of his first pro season came right near the start of it. On May 22, Lockaby returned home, starting for the Kickers in an away game against Orlando City B. His family and friends came out in force, according to Lockaby, who said they probably made up half of the crowd.

Although Richmond went down 2-0 early, Lockaby got his chance at the end of the first half. Richmond winger Matt Bolduc had picked up the ball near midfield and launched it towards the right-hand side, with Lockaby sprinting towards it. What happened next seemed like pure destiny.

“I just saw some space to run into and I got a great ball,” Lockaby said. “One-v-one with the ‘keeper, I just slotted it through his legs.”

Lockaby wheeled off in celebration.

“It was a dream come true,” he said. “I got to celebrate with [friends and family] in the stands. I threw up the ‘O’ for Orlando.”

Throw up the O #Homecoming pic.twitter.com/CCKLG5l5Mz

Into the 'War Zone’

Lockaby’s goal against Orlando would be his only one during the USL League One season, although he had previously recorded another tally during Richmond’s U.S. Open Cup win over Virginia United.

With several options on the table following the year’s end, Lockaby decided to make a change. After starting two away games in Madison in 2019, he knew where he wanted to go.

“We were in warmups, and I just hear a booming coming down the street,” Lockaby said, recalling his first match at Breese Stevens Field on Aug. 10. “I look over and there’s a massive group of fans charging down the street with drums, smoke, all sorts of stuff. It looked like a war zone for a second. It was incredible. I was absolutely shocked. It was amazing.”

With his professional career well and truly underway, Lockaby made the choice to join the Flamingos.

“Madison is truly committed to this soccer team, and it was incredible to play in front of,” he said. “I’m going to try and give 100 percent energy at all times, and I’m going to leave it out on the field every time.”

In Wisconsin, Lockaby will be further away from his Florida roots than ever. He has never walked on a lake before, and other than a summer stint with the Des Moines Menace, has played exclusively on the east coast.

Still, the new Forward Madison defender doesn’t have to fret the distance too much. Forward Madison visits Orlando City B on Sept. 15, and Lockaby has the date marked in his calendar.

“I couldn’t have asked for a better first goal,” Lockaby said. “Now I just have to do it again.” 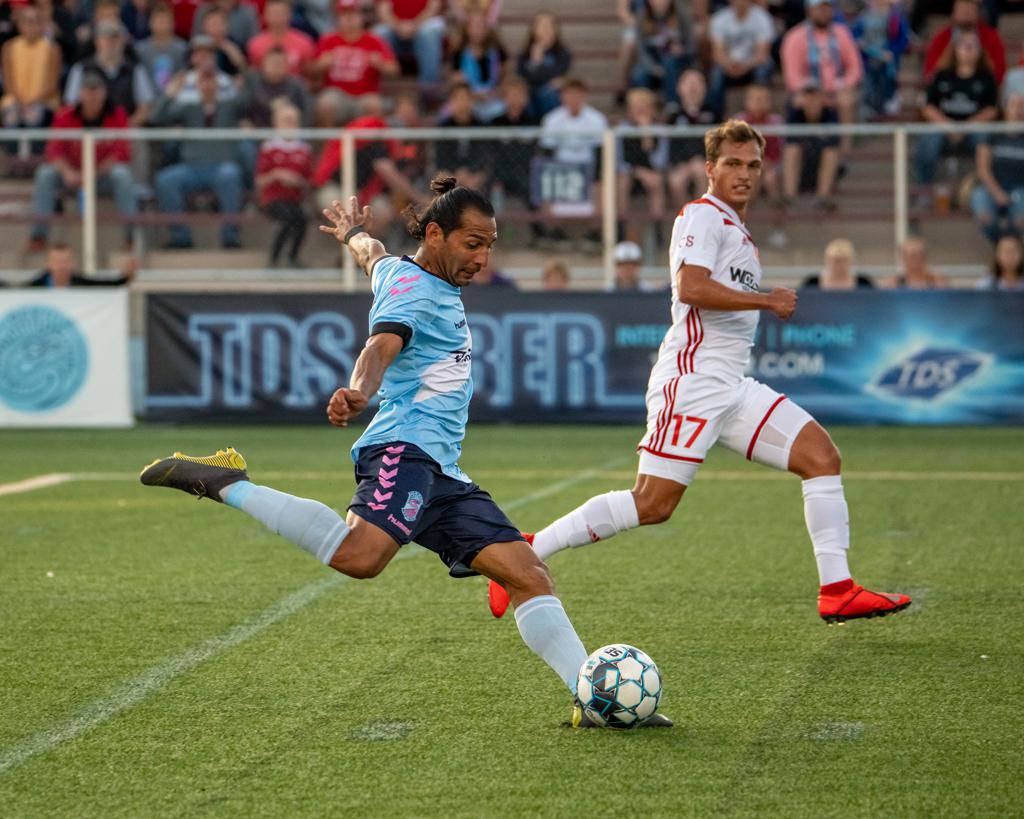