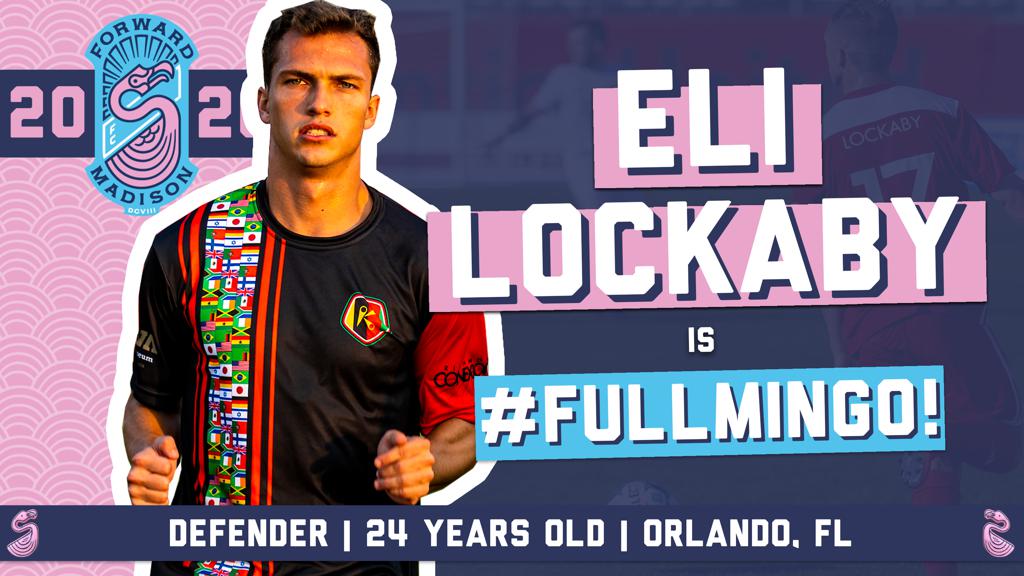 According to head coach and technical director Daryl Shore, Lockaby will add another professional pedigree to Forward’s 2020 team.

“When you have a chance to get a player of Eli’s talent, you have to bring him onto your roster,” Shore said. “Eli’s a guy that started a lot of games in our league last year, so we thought it was important to bring someone like that in."

READ: "This is how Eli Lockaby played for - and against - his hometown team to kickstart a career"

Lockaby grew up in Orlando and played for Orlando City SC’s youth teams before starting his collegiate career at Virginia Commonwealth University in 2014. Lockaby played in 73 games across four years for the Rams, leading them to the Atlantic 10 Conference regular season title in 2018. Lockaby signed for the Kickers directly out of college and racked up over 2,000 minutes in all competitions in his rookie year, scoring a memorable goal during a return trip to his hometown against Orlando City B.

Still, few of Lockaby’s soccer experiences have compared to playing at Breese Stevens Field. After starting two games in Madison in 2019, Lockaby said he knew Forward’s fans were special.

“We were in warmups, and I just hear a booming coming down the street,” Lockaby said. “I look over and there’s a massive group of fans charging down the street with drums, smoke, all sorts of stuff. It looked like a warzone for a second. It was incredible. I’m so excited to play in front of them.”

Lockaby mostly played as a right back in Richmond, although Shore said he expected him to see minutes on the left as well.

“Eli gave us a hard time when we played against Richmond, Shore said. “He’s an athletic player, he gets up the field quite well and he’s a good 1-on-1 defender. We’re extremely excited that he’s decided to join our club.”