AI-driven editing system has allowed league to own its video content, broaden visibility 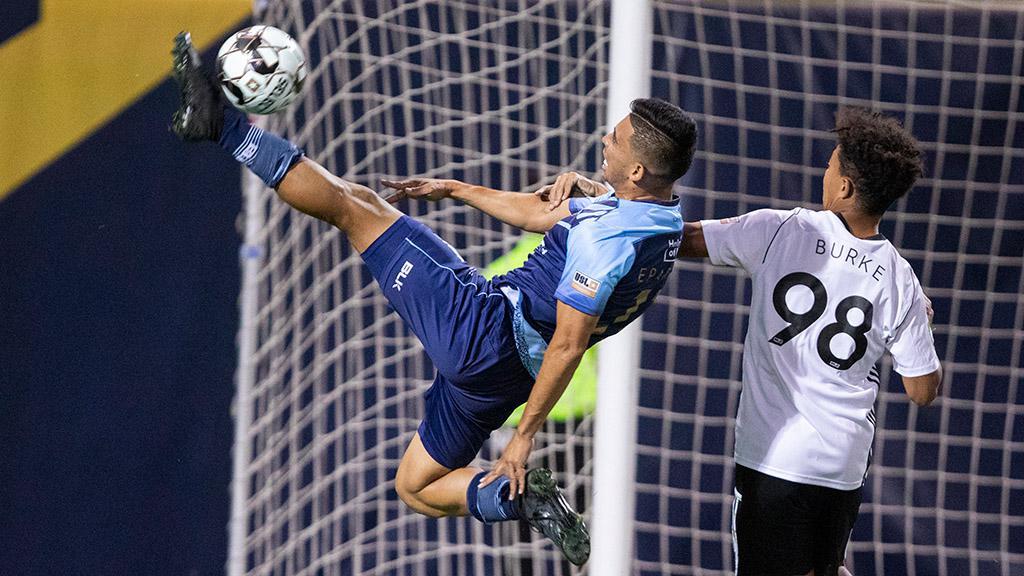 TAMPA, Fla. – It’s the 32nd minute of El Paso Locomotive FC’s contest with Tacoma Defiance, one of 11 games being played in the USL Championship on Saturday, August 17, and something remarkable is about to happen.

A cross by Locomotive FC midfielder Yuma from the right flank floats to the left side of the penalty area, and teammate Edson Partida meets it with a perfect bicycle kick into the opposite corner of the net, bringing the passionate crowd at Southwest University Park to its feet.

Less than 10 minutes later, Partida’s magical moment is being transmitted across Twitter through the USL Championship’s feed, on its way to attracting more than 75,000 views and the No. 1 spot on ESPN’s SportsCenter that night.

So, how did this moment – one of thousands that occurred in the Championship during the 2019 season – reach its audience with such immediacy and allow the league to own its content so comprehensively?

For that, you can thank the remarkable technology provided by WSC Sports that has been a foundation for the USL’s overall digital strategy for the past two years. Having previous had clips created by hand by the organization’s video editors, a process that could sometimes take two-to-three hours, WSC’s technology has provided an invaluable service in the fast-moving online landscape, capturing moments almost instantaneously for distribution by the USL and its teams.

“Honestly I can’t imagine living without it now,” USL Senior Vice President of Digital & Content Lizzie Seedhouse told writer Merav Savir. “Again, going back to that 2017 way of manually doing this and it being on a four-hour delay is just not efficient, but not suitable for our fans anymore. Fans are used to the kind of ‘Amazon Effect’ where you get things immediately, you get to choose what you want, and you have good customer service, and so every digital property is kind of held to that standard as well.

“So, for us, it would be a big step backward to not have without WSC, it’s been a tremendous game-changer both for us and our clubs.”

The scale of the USL’s operation means automation has become a must for the number of highlights the league needs to produce. There were 774 games played across the Championship and League One in 2019, a number that will rise to 787 in 2020 with 47 teams competing across the two leagues. For each game, a complete four-minute highlight package will be produced moments after the final whistle blows.

On top of that, big in-game moments like Partida’s are also tagged live using game data from Opta, making them available to the digital teams from the Championship, League One and clubs to provide fans around the world immediate video updates of the most important moments while games are in progress.

This is the energy we're taking into the weekend. pic.twitter.com/9ZJydgjXFa

As important, though, is the ability WSC provides all Seedhouse’s staff to become a video editor themselves. In addition to the highlight-reel moments on the field, league staff are always looking out for content that can be captured and used either immediately or stored away for later use. From a great celebration, to the emotions of the fans and club mascots on the sidelines, the ability to capture the moments that make the gameday experience special has been a valuable tool for the USL and its clubs.

“[It] might not be the ‘be all and end all’ to the game but they mean something, and they show some emotion,” Seedhouse told Savir. “Whether it’s about the experience of the game or just what it means to be around and a part of these teams.”

Those moments add up, and by being able to provide high-quality video clips to digital influencers including Bleacher Report, Copa 90, 433 and others, USL content drew more than 150 million organic views in 2019, an increase of 40 million on the previous year.

As the Championship prepares for its 10th anniversary season in 2020, and League One enters its second campaign, WSC’s presence at the forefront of the organization’s digital strategy is paving the way for a bright future for the USL.