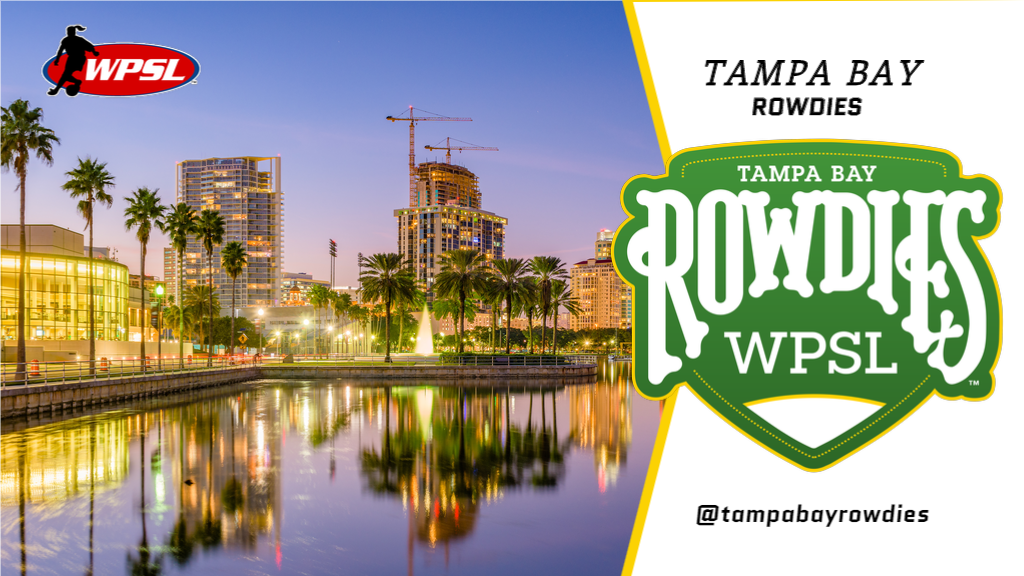 ST. PETERSBURG, Fla. (January 15, 2020) -- The Tampa Bay Rowdies are investing in the future for our region’s best female soccer players with the creation of the Rowdies Women, which will play its inaugural season in the WPSL this summer.

The WPSL was founded in 1997 as the premier national women’s amateur league in the United States and Canada. The 2020 season will run from May to July and offer high-level competitive matches to the best female soccer players in Tampa Bay.

“Tampa Bay has an incredible pedigree for women’s soccer and we’re excited to do what we can to help grow that side of the game,” Rowdies President Lee Cohen said. “We have a pair of World Cup winners in our backyard with Tiffeny Milbrett serving as Director of Coach and Player Development at the Tampa Bay United Rowdies Academy and Danielle Fotopoulos working as head coach at Eckerd College. We’re excited to add the Rowdies Women to our organization and provide more players the chance to achieve their dreams.”

Rowdies Women matches will be held at Al Lang Stadium with free admission to all. The Pinellas County United SC technical staff will organize the roster with direction from the Rowdies. Former Rowdies player Don Tobin, who has been active in women’s soccer in the Tampa Bay area for decades, will coach the team.

"With this commitment, the Tampa Bay Rowdies will play a leading role in continuing to grow the women's game in the Tampa Bay area,” Tobin said. “I'm very honored and proud to be part of the staff and part of an organization that believes in women's soccer."

“This will also give female youth players in our local soccer community another pathway and opportunity to realize a dream to someday play for the Tampa Bay Rowdies organization,” Pinellas County United SC Director of Soccer Operations Kai Velmer said.

More info on the WPSL is available here.