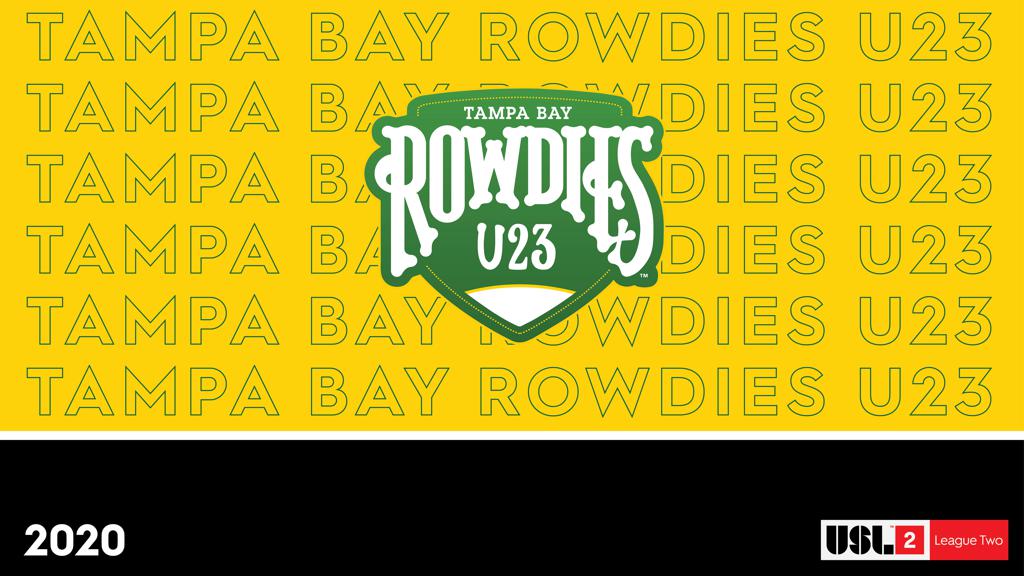 USL League Two is the leader in pre-professional soccer in the U.S. and Canada. The League holds a vital role as it continues to provide the elite platform for those pursuing professional careers domestically and internationally.

“We’re delighted to announce a League Two side,” Rowdies Head Coach and Technical Director Neill Collins said. “I think it shows our commitment to developing pathways for young players in Tampa Bay. I’m excited about the players that will come through this system and one day play for the first team.”

The 2020 season will run from May to July and all Rowdies U23 home matches will be held at Al Lang Stadium with free admission to all. The schedule will be released in the coming weeks with most home matches expected to fall on Wednesday nights.

The Rowdies U23s will be run in partnership between Chargers SC and the Rowdies technical staff. Former Rowdies defender and 2012 Champion Andres Arango will coach the team.

“I am excited to be a part of this project,” Arango said. “My goal has always been to help develop players and now we can offer a direct pathway to players in the community. There is a lot of talent in Florida and it's about time we start to keep the talent around. We are excited to work with the entire soccer community and look forward to the bright future that Tampa Bay has to offer."

The Rowdies previously fielded an amateur U23 team in 2017. That team included Kevin Varela, who signed a professional contract with the first team last month.

The U23s are part of the next stage of the Rowdies Youth Network, which aims to develop professional players. That approach also includes the Tampa Bay United Rowdies Development Academy, which is run in association with Tampa Bay United.

"As two of the original soccer clubs in Tampa Bay from the 1970's, Chargers SC and the Rowdies have always enjoyed a mutually beneficial working relationship over the years,” Chargers SC Director of Soccer Operations Jim DiNobile said. “It is with high anticipation and expectation that we will continue to work closely together with the USL League Two team and the Rowdies Youth Development Network project to greatly enhance player development, coach education and Tampa Bay soccer community initiatives as we move into the next generation of the game."