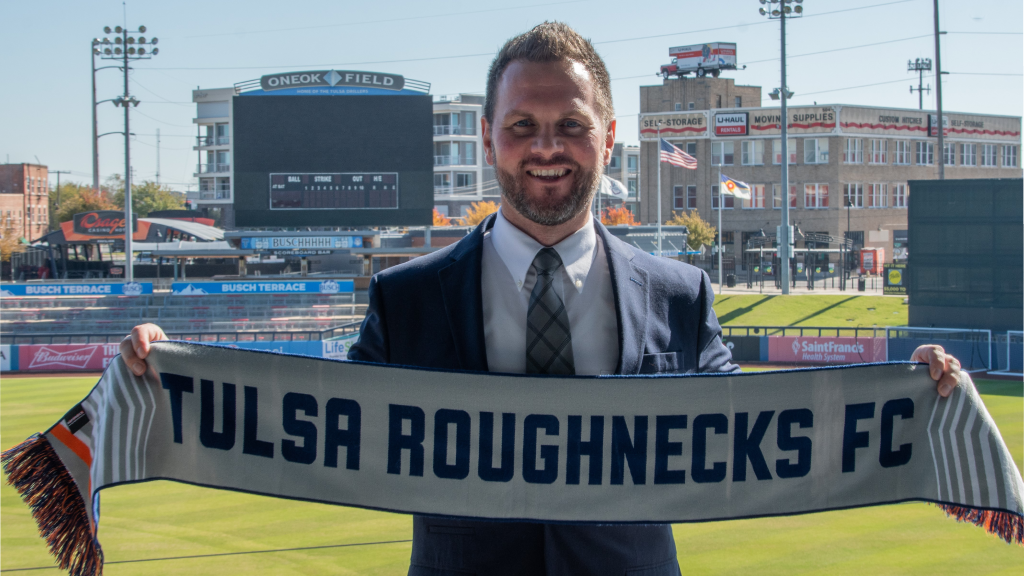 TULSA – Tulsa Roughnecks FC and club owners JW, Ryan and Kyle Craft, are proud to announce the addition of global sports executive James Cannon as President of the club. Bringing in a unique leadership style that will blend his tireless work ethic with a bold plan for the future, Cannon will lead the club into a new era under the Craft ownership group.

“I am excited to hit the ground running with such a historic soccer club and fanbase,” said Cannon. “We are already working to elevate this club to new heights under the Craft brothers’ ownership, building on the existent solid foundation between the club and the city of Tulsa. We will work diligently to not only grow the game in our community, but to deliver a consistently premier soccer product to our loyal fans.”

Cannon, 41, comes to Tulsa following nearly three years with Nashville Soccer Club, where he helped set records while instilling a positive culture in the club and soccer community. There, Cannon helped oversee the club’s growth from an amateur team to a Major League Soccer expansion franchise. With his guidance as the Vice President of Marketing, Nashville SC broke the league’s inaugural season ticket record in the club’s first professional season in 2018. In February of 2019, Cannon led the launch of Nashville SC’s MLS branding and identity in the Music City.

“We are excited about the future of the Roughnecks and the impact professional soccer will have on Tulsa under his leadership,” said Ryan Craft. “He brings deep experience and has proven capabilities in transforming ideas into highly successful and community-driven programs.”

Fluent in both Spanish and Portuguese, Cannon has spent a large portion of his professional career in Brazil as a marketing executive for both the NBA and for Octagon, leading initiatives in business development, sales, marketing, digital and social media.