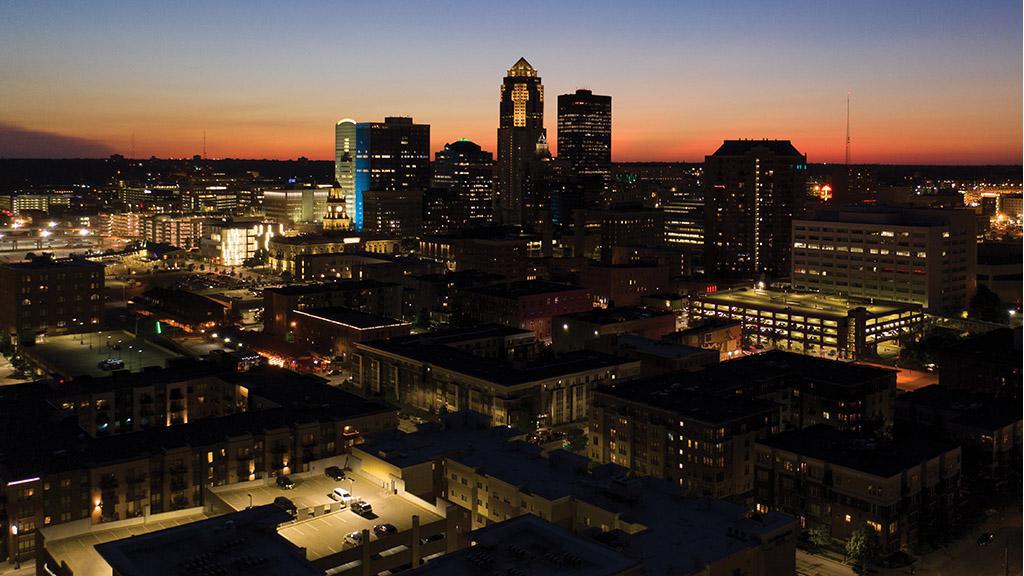 DES MOINES, Iowa – One of the most storied cities in USL League Two’s history is taking aim at making the move up to the USL Championship.

Reports on Wednesday by The Athletic and the Des Moines Register say a group led by Krause Group CEO Kyle Krause, who currently owns and operates successful League Two club the Des Moines Menace, is aiming for the professional side to launch in the 2022 season in a new $60 million soccer-specific stadium. The official launch of the campaign to bring professional soccer to Iowa was held on Wednesday night at the Krause Gateway Center where fans were encouraged to visit www.USLProIowa.com and to follow on Twitter (@USLProIowa).

Krause’s group has the support of USL leadership, but the plan is contingent on the construction of the multi-use venue, which would have a 6,000-seat capacity that would include 18 executive suites, club seating and a supporters’ section.

“As the fastest-growing major metro in the Midwest, and home to one of the most successful USL League Two clubs, Des Moines is primed and ready to take soccer to the next level,” Krause said in a press release. “Bringing Des Moines a USL Championship club — Iowa’s first professional soccer team — and a multi-use stadium will have transformative benefits to central Iowa, further boosting civic pride and the economic vitality of our growing city.”

Councilman Chris Coleman, who is set to retire when his term ends in 2020, wouldn’t immediately commit any existing local government funds to the project, but did express support for bringing professional sports to Des Moines.

“I have a bucket list,” Coleman told the Des Moines Register. “This is on there, and it has been for a month. I’d like to see this get down the road.”

The Menace have been a proven entity in USL League Two, regularly averaging more than 3,000 fans per game for the club’s home contests during the summer.

Should the group acquire funding for the facility, its new venue would join projects currently being constructed by Louisville City FC – set to open in 2020 – and both Colorado Springs Switchbacks FC and the Charlotte Independence – both slated to open in 2021.

“Des Moines is a wonderful community that would make an ideal home for a USL Championship club,” USL President Jake Edwards told The Athletic’s Jeff Rueter. “There is very strong local ownership and a huge appetite for professional soccer. All that’s remaining now is the development of a soccer-specific stadium, and once that occurs, we look forward to delivering a professional soccer club that this community can be proud of.”