901 FC President Unger has Club Rockin’ in Year One

From pregame guitar smashes to passionate fans, a unique sporting experience has arrived in Memphis 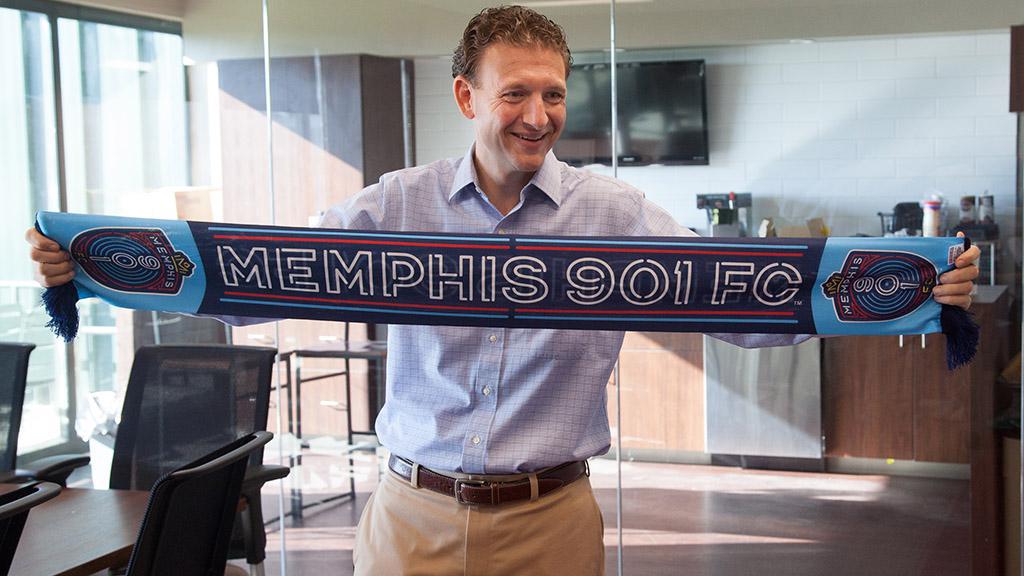 Memphis 901 FC Owner & President Craig Unger has led the successful launch of the club in its inaugural season, with the club averaging more than 7,000 fans per game at AutoZone Park. | Photo courtesy Memphis 901 FC

ORLANDO, Fla. – As the USL Championship has grown, newcomers to the league have established traditions from Day One.

And as cool as some of those are – such as Birmingham Legion FC’s forge – there’s nothing in the league right now quite like Memphis 901 FC’s pregame guitar smash.

According to club Co-Owner and President Craig Unger, that is very much by design.

“When we created our pregame routine,” said Unger, “we wanted it to be a show.”

With Memphis known as the home of rock ‘n’ roll, the club figured there was no better way to pay tribute – and give fans a reason to be in their seats for kickoff – than giving them something spectacular to enjoy.

“It was born out of Jerry Lee Lewis setting pianos on fire,” added Unger with a smile. “There’s some history of instrument destruction here. Memphis is the birthplace of rock ‘n’ roll, and when you think about rock ‘n’ roll and what some of that is, it’s the hardcore part of who we are as a community.

“We wanted people to just feel the energy and the excitement of what the start of the match is supposed to be about, and set that level, set that bar extremely high so that immediately the fans were engaged in the game.” 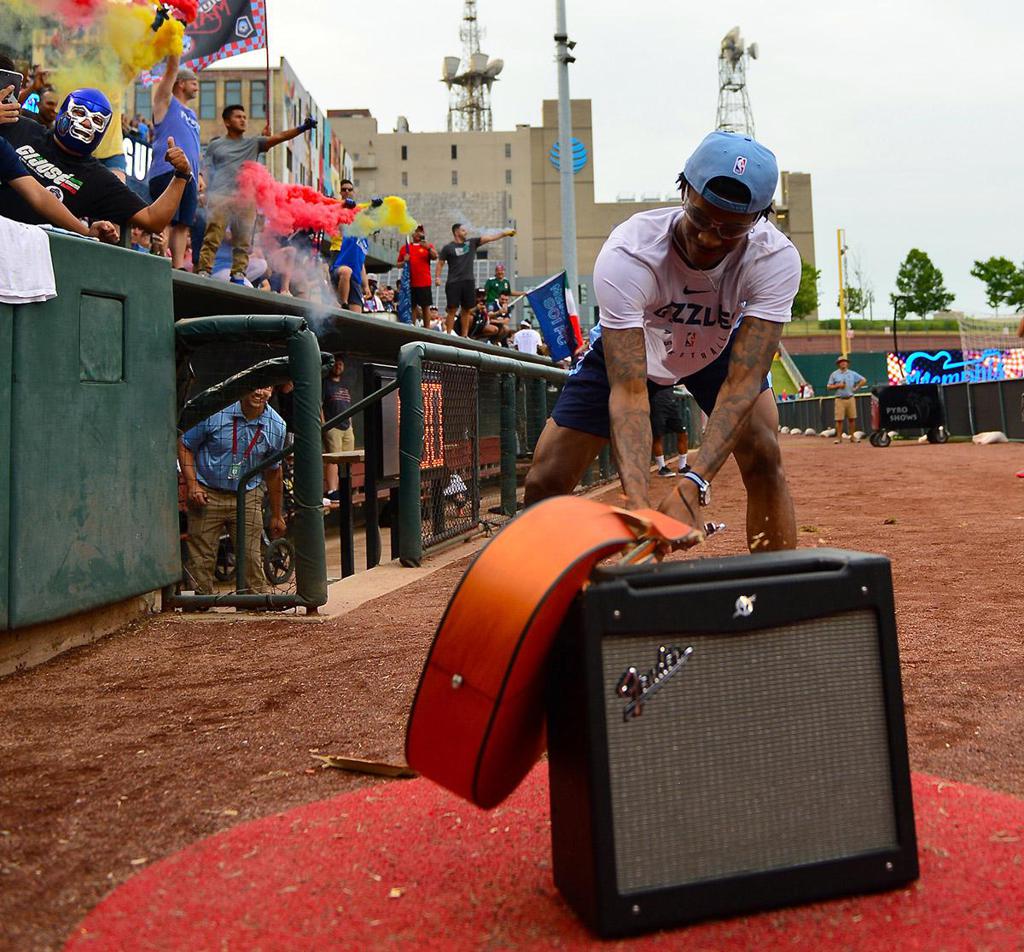 That approach has certainly paid off, with AutoZone Park having quickly become one of the most exciting venues in the Championship when it comes to the scenes in the stands. Led by the Bluff City Mafia – who take up residence behind the goal on the west side of the stadium – the club has averaged more than 7,000 fans in its inaugural season, making the club a success that has surpassed the expectations that Unger and 901 FC’s leadership had when it launched.

“We knew it was going to be strong, but you can’t predict some of the excitement that goes around, the way the supporters react to it, the way the community rallies behind it,” he said. “I think we’ve been very fortunate, we’ve been lucky with how the community has responded to it, and we use this now as a building block. We have to enhance the brand and continue to connect with the community.”

One of the ways 901 FC has accomplished that has been through its connections to the city’s other sporting organizations, including guests from the Memphis Grizzlies like 2019 NBA Draft first-round selection Ja Morant and the University of Memphis’ Athletics programs that have included Men’s Basketball Coach Penny Hardaway taking part in the pregame guitar smash.

Recently named to the Memphis Business Journal’s Power 100, Unger has strong relationships throughout the city’s sporting community, where the prevailing attitude is that when one team succeeds, it opens the door to success for everyone. As the saying goes, a rising tide lifts all boats, and Unger believes strongly that’s the case.

“When sports do well, the community does well,” said Unger. “When we have a great night, it helps everybody. It helps people feel good about where you live, it helps you feel good on Monday when you get up and go into work and tell people, ‘man, I had a blast at the 901 FC game over the weekend.’

“It breaks down all of those barriers, so for all of [Memphis’ sports leaders] as we get together – sometimes as bigger groups or individually – we all get together and share ideas and talk about challenges, talk about the good things that we have, but we are one sports community even though we are multiple different organizations.”

As part of his organization, of course, Unger is leading two different teams with 901 FC having joined baseball club the Memphis Redbirds as part of the Trinity Sports Group led by Principal Owner Peter Freund. That’s brought a new type of fan to AutoZone Park, with the vastly contrasting nature of soccer and baseball’s pace making it a very different experience on game nights.

“[Soccer fans] are emotionally invested from days before,” said Unger. “They are vocal – we have learned a lot about that. I think the other thing is that baseball is a very social activity. People come and it’s about being with people and having conversations and spending a long time here. 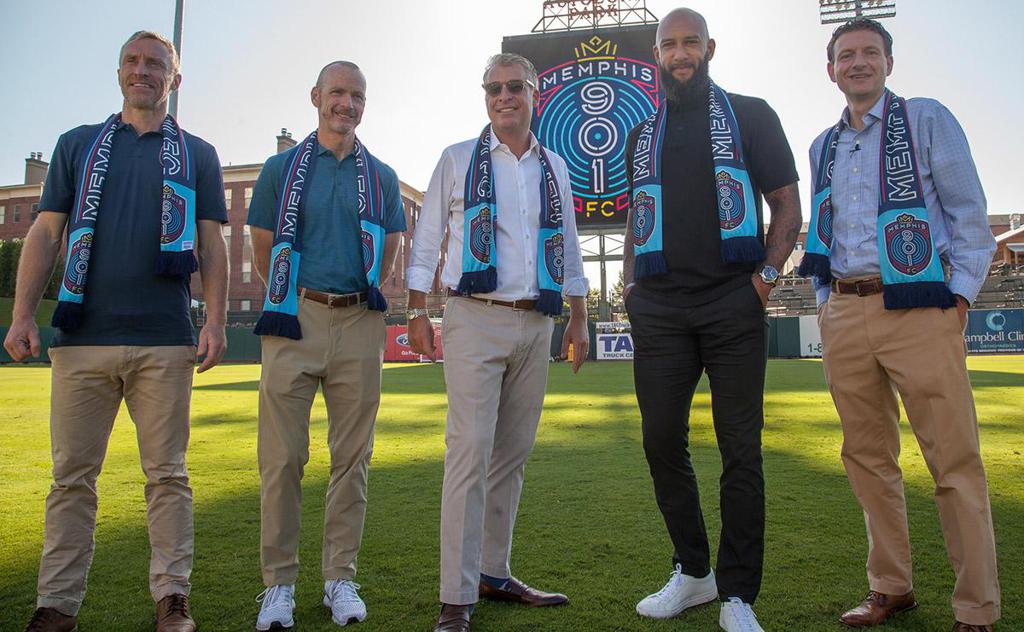 “The soccer fan is coming there for two hours, and for two hours the only thing that matters is what’s [happening] on the pitch. It’s not about having conversations with people, it’s not about visiting, when it goes on you see all the heads turned to the pitch and that’s all they’re focused on.”

That in-game experience, especially with the soundtrack and rhythm provided by the Bluff City Mafia, has made 901 FC something unique in Memphis’ sporting scene. 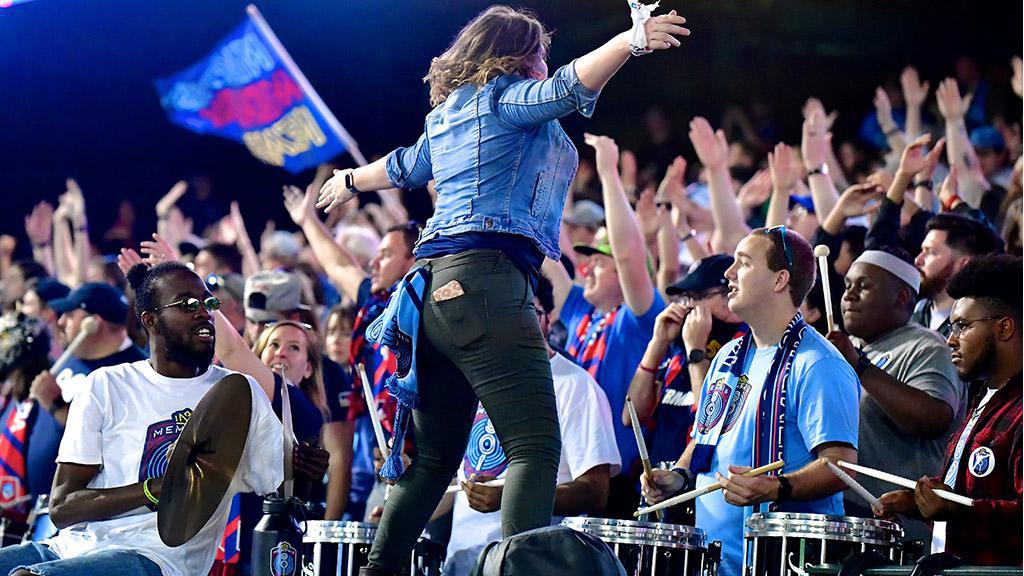 The Bluff City Mafia have provided the rhythm and soundtrack to Memphis 901 FC's inaugural season in the Championship, providing a unique atmosphere in the city's sporting landscape. | Photo courtesy Eric Glemser / Memphis 901 FC

“If you happen to come the first time and you’re sitting on the opposite side of the stadium [to the Bluff City Mafia], you come and say, ‘well, next time I’m buying tickets over there. I want to figure out how to get in that area,’” said Unger. “That’s what we hear from people all the time. ‘I had great seats, but next time I’m going to be sitting with those guys.’

“I think when people saw early on that this was what we embraced even as an organization – that we want the crazy, loud, smoke bombs, waving flags, screaming, yelling, singing – when people saw that’s what we want, they were like, ‘I’m on board with that.’ That’s why I’m not surprised, because I knew when fans of any other sport came and saw what this was, there’s nothing like this in Memphis, the experience that 901 FC provides.”