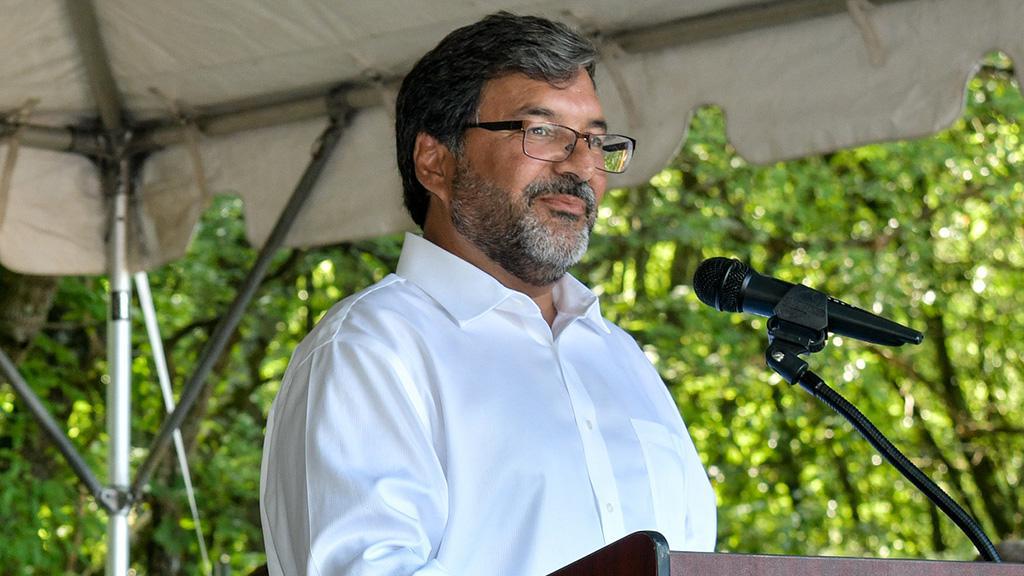 CHATTANOOGA, Tenn. – It’s somewhat remarkable to think that it’s been less than 365 days since the announcement that professional soccer had arrived in Chattanooga, Tennessee.

Maybe that’s because since August 1, 2018 not only have Chattanooga Red Wolves SC become a playoff contender in USL League One, but the larger organization led by Owner Bob Martino has also rolled out two USL League Two clubs in Utah and Georgia, a Lady Red Wolves team in the WPSL, and laid the foundation for an Academy program that will serve as the foundation of the club’s future.

Add in a ceremonial groundbreaking on the club’s new $125 million stadium, training facility and mixed-use development in East Ridge, Tennessee, and it’s been a whirlwind ride for Martino and all those involved with the club, but one that has been exhilarating to be part of.

“You know, it’s been very exciting, very rewarding in the short-term,” Martino said recently. “We’ve done a lot, and I think one of the things to take away from it is if you put your mind to it and you work real hard, you can get a lot accomplished. We’ve done that, we’ve got key personnel that have been instrumental in organizing this from the gentlemen on the playing side, Coach [Tim] Hankinson and [General Manager] Sean McDaniel, and then the front office team and the operations people as well as the real estate group that we’ve got working on the [stadium] project.

“It’s been a very fast run down the path, and we’ve got a little way to go, but we’re really excited about what we’ve accomplished to this point, and we’ve got some really great things coming down the road.”

Despite the early successes, it’s safe to say that the best is yet to come for the young club in the form of its soccer-specific venue and training ground that is expected to open in 2020. Including a 5,000-seat stadium, a training facility that will house between 14 to 16 fields and a mixed-use business and residential community, the East Ridge project will be the key to the club’s long-term success.

“We want to really provide an area for community events, concerts and so on, and when you couple that with the USL professional team and the investment related to the games, pregames and postgames it’s one of those things where controlling the venue is key,” said Martino. “It’s difficult when you get into negotiations and trying to figure out usage in a stadium where there are other elements beyond your control, where they’re looking out for maximizing opportunities for their stadium assets. We recognized that early on and quickly moved to developing a stadium so we could control a lot of that process and utilize it in a way to help the team and give us maximum flexibility.

“Soccer is such an exciting sport and draws so many people to it, we felt we were creating a catalyst for a lot of enjoyment for fans and people in the community and it all came together very well.”

In addition to bringing new revenue and job opportunities to East Ridge and Chattanooga, the club’s goal is to provide a clear pathway for local players to achieve their goal of reaching the club’s First Teams on both the men’s and women’s sides. And while he brought the concept to local and state officials, Martino has been delighted with the response and buy-in he’s received in working to make it a reality.

“It’s been wonderful dealing with the state of Tennessee, Hamilton County, the cities of East Ridge and Chattanooga,” said Martino. “The state, the counties, the cities, they recognize the excitement around soccer in the world today and what an amazing opportunity it is for the region having youth all the way to the professional level. They’ve been very visionary in identifying ways that they can help us in understanding the full potential, which is very difficult for some places, and fortunately in Tennessee and in the East Ridge and Chattanooga area they have the vision and have been very helpful in thinking through and planning a lot of this process.”

While the club’s off-field work continues, the on-field product has already found success. The Red Wolves are nicely positioned in League One with the second half of the season underway, sitting in fourth place in the standings ahead of a key home game this Saturday night against FC Tucson.

“It’s been a very exciting season,” said Martino. “For a first-year division and seeing the high level of competition, it’s been very encouraging for such a young league, and a lot of fun to watch the games. The level of play is fun and exciting, and I think the fan enjoyment is constantly growing.” 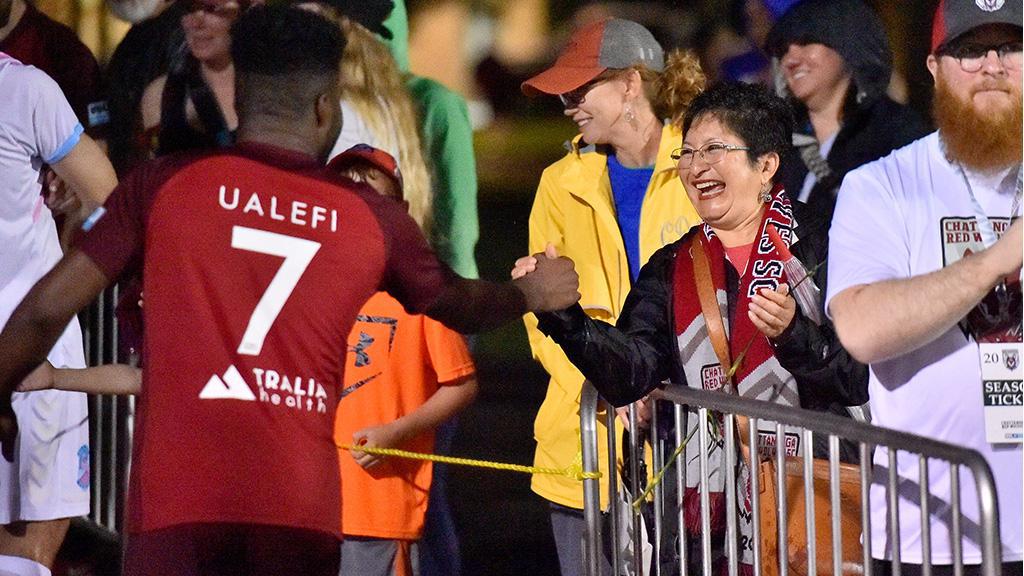 The Lady Red Wolves have also had success, advancing to the Sweet 16 of the WPSL Playoffs in their inaugural season with Martino giving a lot of the credit to General Manager Gretchen Hamill for the way she has guided the side. “Our support for the women’s side is very important for our organization and our community as well as the advancement for the sport,” he said. “The Women’s World Cup was very amzing to watch, and I think that success has flowed into the women’s soccer side of our organization, and Gretchen’s been just fantastic in organizing everything and putting a great team together.”

Add in solid first years for both the Dalton Red Wolves and Park City Red Wolves in League Two – with two players having already made their way to Chattanooga to join the professional club in an upward move through the system – and the foundation of the club’s Academy and partnerships with local recreation programs on the youth side and things are moving in the right direction in all areas.

The next step for the club’s Academy will be participation in the new USL Academy Cup this fall, which will see the Red Wolves’ sides face off against other Academy teams representing Championship, League One and League Two clubs. Martino is excited for the event, and what the long-term implications will be not only for players within the Red Wolves’ organization but across the professional spectrum.

“It’s a tremendous opportunity that is being created right now by the USL,” said Martino. “We’re fortunate enough to have [Academy President] Chad Mize and [Sr. Director of Coaching] Matt Yelton running our academy, and they’re very involved, extremely knowledgeable, and they saw this as the announcements were coming out as an amazing opportunity. Understanding the first year is a stepping-stone and looking to the future as well, it’s been very well received.

“There’s an education level and soccer knowledge that exists in the younger teams that years ago didn’t, and it wasn’t clearly defined – it seemed like every year there was a new league coming out that was the hot one – and fortunately for us and the rest of the USL professional teams, the USL Academy came together and really created a clear path through the Academies and League Two into the professional level.” 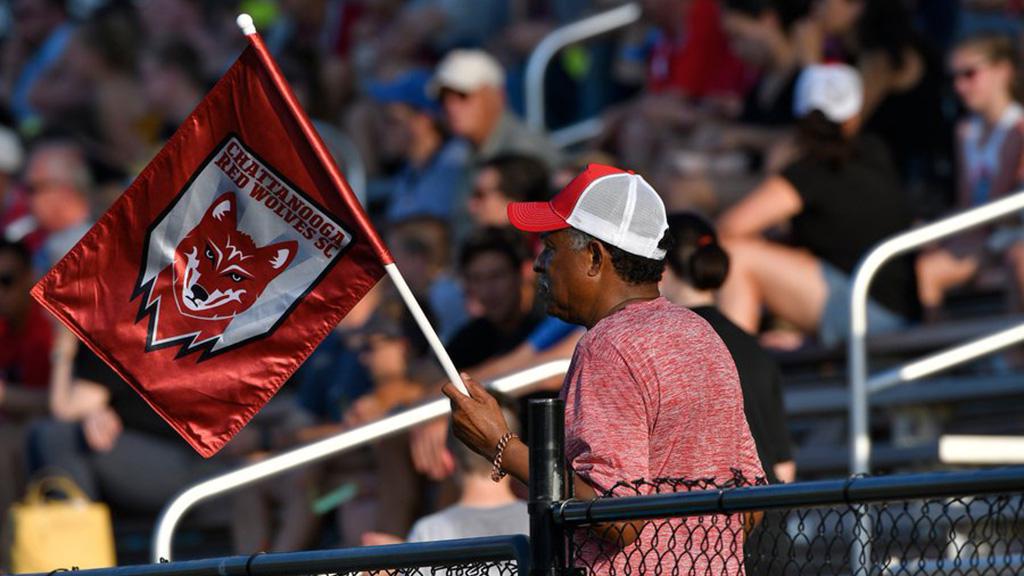 That brings us back to the training facility and its planned 14 to 16 fields, which will allow all levels of the club to train side-by-side, with the potential to easily introduce Academy prospects to Red Wolves training. As has been seen in the Championship at clubs like San Antonio FC, Orange County SC and Saint Louis FC, early integration can reap major benefits both for the player and the club, accelerating development and providing the opportunity for higher levels of competition at a younger age.

“Having a path that is identifying and will be there for years to come is great for the kids to recognize right out of the gate, and that’s one of the reasons we have our training facility right there too,” said Martino. “We want to have the Academy utilize that and be able to watch the first team train and watch how they go about training and experience it first-hand, look through the entryways there and see the pros playing out on the turf. I think it’ll be enjoyable, and it creates a clear path for the youth to follow.”

So, while it’s been less than a year since Chattanooga Red Wolves SC officially joined USL League One, the vision for where the club is heading over the coming years has never been clearer.

“We see them competing at the highest level, all of our systems clicking together from the Academy to League Two and into the professional team,” said Martino. “Developing along with the USL as teams are added and the platform widens, we see ourselves competing at the highest level. The Lady Red Wolves, I’m sure they will be as well. We want to have everything clicking on every cylinder, being competitive at the very top and winning championships. That’s our goal.”